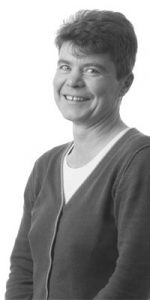 Sybille Hinze graduated in ‘Management of Science’ from Humboldt-University, Berlin. From 1990 to 1997 she worked as a research fellow at the Fraunhofer Institute for Systems and Innovation Research. She got her PhD from Leiden University, Centre for Science and Technology Studies (CWTS), the Netherlands in 1997. From 1997-1999 she was a postdoctoral fellow at the Research Evaluation and Policy Project, Australian National University, Canberra. From 1999 to 2008 she held a senior researcher position at Fraunhofer ISI, where she was also deputy head of the competence centre “Policy and Regions”. From March 2005 to August 2006 she was seconded to the European Commission, DG Research, Unit Programming, Monitoring, and Evaluation. From August 2008 to December 2015 she was deputy director of the Institute for Research Information and Quality (iFQ) Assurance. With the merger between iFQ and the German Center for Higher education Research and Science studies (DZHW) in 2016 she became deputy director of the DZHW’s Department 2 “Research System and Science Dynamics”. Sybille Hinze is a member of the steering committee of the European Summer School for Scientometrics, European editor of the Journal “Science and Public Policy”. In September 2013 she was elected as secretary of the European Network of Indicator Designers (ENID) and in November 2014 as chair of the German Competence Centre for Bibliometrics. Since March 2017 Sybille Hinze is a member of COST’s Scientific Committee. She is now associated with the German Centre for Higher Education Research and Science Studies GmbH
DZHW Berlin | Schützenstraße 6a | 10117 Berlin |